Streams and Tables in Apache Kafka: A Primer 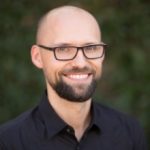 This four-part series explores the core fundamentals of Kafka’s storage and processing layers and how they interrelate. In this first part, we begin with an overview of events, streams, tables, and the stream-table duality to set the stage. The subsequent parts will take a closer look at Kafka’s storage layer—the distributed “filesystem” for streams and tables—and then move to the processing layer on top.

In my daily work as a member of Confluent’s Office of the CTO and as the former product manager for ksqlDB and Kafka Streams, I interact with many users of Apache Kafka—be it developers, operators, or architects. Some have a stream processing or Kafka background, some have their roots in relational databases like Oracle and MySQL, and some have neither. But many of them have the same set of technical questions, such as: what’s the difference between an event stream and a database table? Is a Kafka topic the same as a stream? How can I best leverage all these pieces when I want to put my data in Kafka to use?

By the end of this series, you will have answers to each of these common questions and many more. If you are interested to learn about Kafka, I invite you to join me on this journey through Kafka’s core fundamentals!

This article is the first in our series on Apache Kafka® fundamentals:

Let us start with the basics: What is Apache Kafka? Kafka is an event streaming platform. As such it provides, next to many other features, three key functionalities in a scalable, fault-tolerant, and reliable manner:

This sounds like a very attractive piece of technology—but what is an event in this context?

An event records the fact that “something happened” in the world. Conceptually, an event has a key, value, and timestamp. A concrete event could be a plain notification without any additional information, but it could also include the full details of what exactly happened to facilitate subsequent processing. For instance:

Other example events include:

Surely you’ll have your own examples as well of the many events that underlie and drive your company’s business.

Events are captured by an event streaming platform into event streams. An event stream records the history of what has happened in the world as a sequence of events. An example stream is a sales ledger or the sequence of moves in a chess match. With Kafka, such a stream may record the history of your business for hundreds of years. This history is an ordered sequence or chain of events, so we know which event happened before another event to infer causality (e.g., “White moved the e2 pawn to e4, then Black moved the e7 pawn to e5”). A stream thus represents both the past and the present: as we go from today to tomorrow—or from one millisecond to the next—new events are constantly being appended to the history.

Streams and tables in Kafka differ in a few ways, notably with regard to whether their contents can be changed, i.e., whether they are mutable. (If you are a Kafka Streams user: when I say table I refer to what is called a KTable in Kafka Streams. I am not talking about state stores, which we will cover later on.)

Here’s a juxtaposition of their behavior:

Notwithstanding their differences, we can observe that there is a close relationship between a stream and a table. We call this the stream-table duality. What this means is:

In fact, a table is fully defined by its underlying change stream. If you have ever worked with a relational database such as Oracle or MySQL, these change streams exist there, too! Here, however, they are a hidden implementation detail—albeit an absolutely critical one—and have names like redo log or binary log. In event streaming, the redo log is much more than an implementation detail. It’s a first-class entity: a stream. We can turn streams into tables and tables into streams, which is one reason why we say that event streaming and Kafka are turning the database inside out. 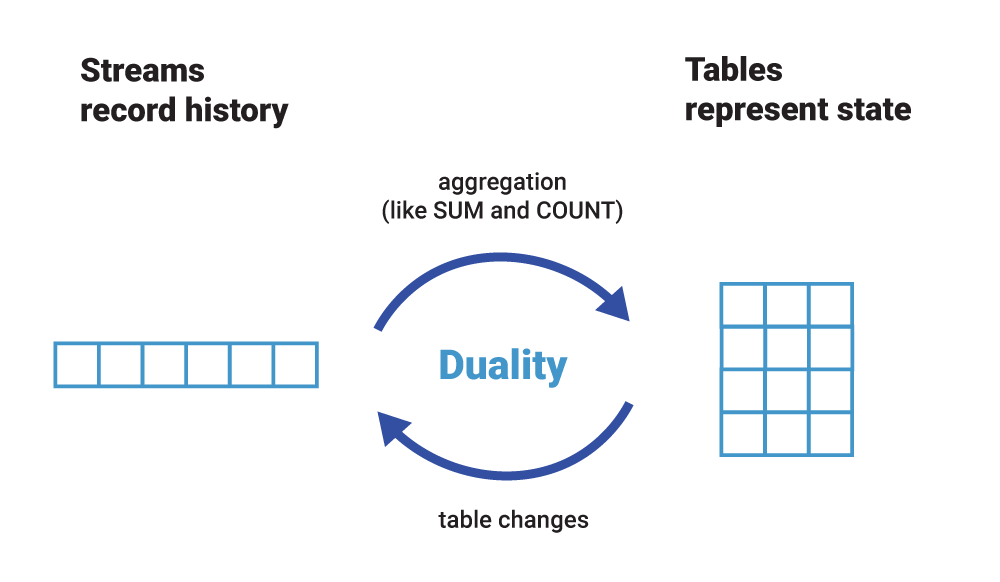 Figure 2. Because of the stream-table duality, we can easily turn a stream into a table, and vice versa. Even more, we can do this in a continuous, streaming manner so that both the stream and the table are always up to date with the latest events.

Below is an example of using COUNT() to aggregate a stream into a table. For illustrative reasons, I do not show event timestamps. The table is continuously updated as new events arrive in the stream, similar to a materialized view in relational databases, but it supports millions of events per second. Think of this as performing CDC on a table yielding an output change stream of the table. Performing an aggregation on an event stream is the opposite: the stream acts as the input change stream for the table.

In this example, a stream of events with key=username and value=location is being aggregated into a continuously updated table that tracks the number of visited locations per key=username:

Figure 3. Aggregating an event stream into a table

Here are the code examples for continuously aggregating a stream into a table:

We can zoom out of the COUNT() example to also show the table’s (output) change stream. The change stream can be used to react in real time to table changes, for example, to generate alerts. It can also be used for operational purposes, such as migrating a table from machine A to machine B in the case of infrastructure failure or when elastically scaling an application in and out.

Figure 4. Every table has its own change stream (also called a changelog).

We will return to the stream-table duality concept later in this series, as it is not only helpful when writing your own applications but is also so foundational that Kafka leverages it for elastic scalability and fault tolerance, to name a few!

This completes the first part of this series, where we learned about the basic elements of an event streaming platform: events, streams, and tables. We also introduced the stream-table duality and had a first look at why it’s central to an event streaming platform like Apache Kafka. But of course, this was just the beginning! Part 2 will take a deep dive into Kafka topics, partitions, and storage fundamentals, where we explore topics and—in my opinion, the most important concept in Kafka: partitions.

If you’re ready to get more hands on, there is a way for you to learn how to use Apache Kafka the way you want: by writing code. Apply functions to data, aggregate messages, and join streams and tables with Kafka Tutorials, where you’ll find tested, executable examples of practical operations using Kafka, Kafka Streams, and ksqlDB.

Other articles in this series

Michael Noll is a senior technologist in the Office of the CTO at Confluent and the former product manager for Kafka’s Streams API and ksqlDB. Previously, Michael was the technical lead of the big data platform of .COM/.NET DNS operator Verisign, where he grew the Apache™ Hadoop®, Kafka, and Apache Storm™ based infrastructure from zero to petabyte-sized production clusters spanning multiple datacenters—one of the largest big data infrastructures operated from Europe at the time. He is a known tech blogger in the big data community and a committer/contributor to Apache projects such as Storm and Kafka. 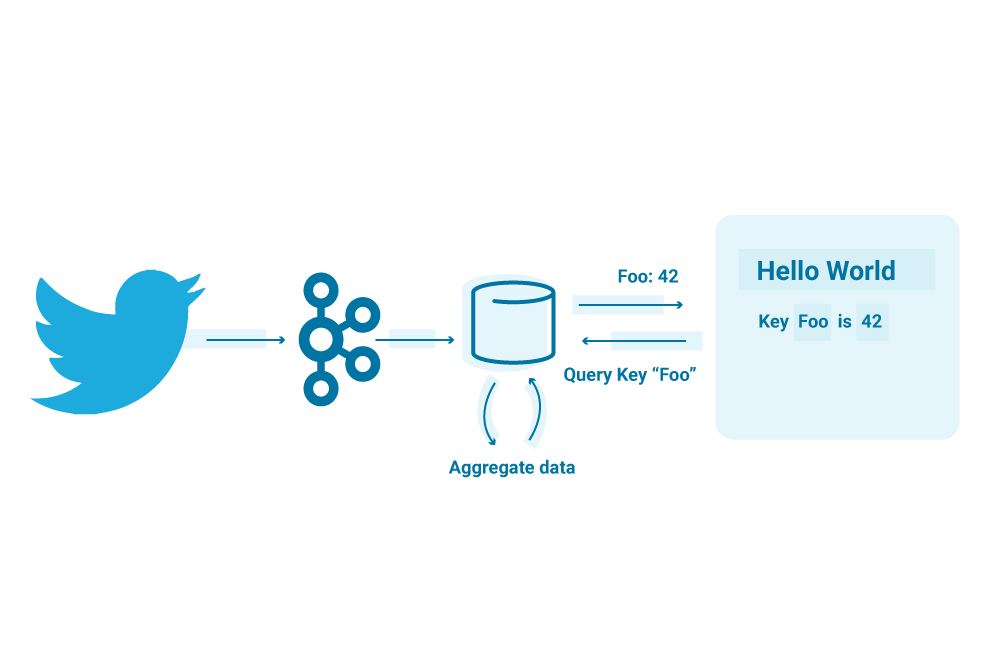 When KSQL was released, my first blog post about it showed how to use KSQL with Twitter data. Two years later, its successor ksqlDB was born, which we announced this […]